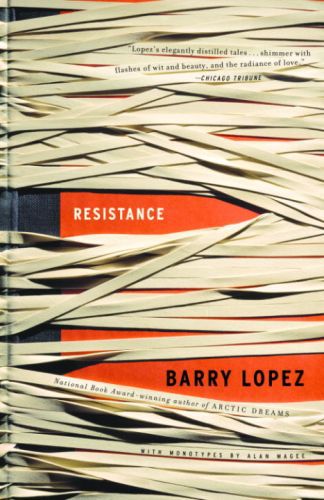 From the National Book Awardwinning author of Arctic Dreams, a highly charged, stunningly original work of fictionyes'>#8211;a passionate response to the changes shaping our country today. In nine fictional testimonies, men and women who have resisted the mainstream and who are now suddenly yes'>#8220;parties of interestyes'>#8221; to the government tell their stories.A young woman in Buenos Aires watches bitterly as her family dissolves in betrayal and illness, but chooses to seek a new understanding of compassion rather than revenge. A carpenter traveling in India changes his life when he explodes in an act of violence out of proportion to its cause. The beginning of the end of a manyes'>#8217;s lifelong search for coherence is sparked by a Montana grizzly. A man blinded in the war in Vietnam wrestles with the implications of his actions as a soldieryes'>#8211;and with innocence, both lost and regained.Punctuated with haunting images by acclaimed artist Alan Magee, Resistance is powerful fiction with enormous significance for our times.From the Trade Paperback edition.