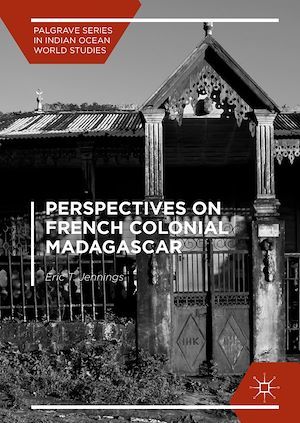 This book provides new insight into French colonial Madagascar. The work is structured along three main lines: health and domination, the two world wars, and the mystery of Malagasy origins. The three parts are preceded by short introductions. The book showcases some of Madagascar's defining yet often neglected features within the French colonial realm. Its conquest at the end of the nineteenth century's scramble for Africa was notable for the way it shattered the island's reputation for healthfulness. Its colonization coincided with a growing French need for troops in the buildup to military conflict in Europe. Lastly, the origin of the island's people continued to both baffle and fascinate French colonial experts, be they ethnographers, linguists or historians, from the beginning to the end of the colonial period (1896-1960). Together, then, this book probes the relationship between domination and health fears, the island's role during the two world wars, and its enduring fascination as a site that could never be neatly categorized as either African or Asian. The net result will be to underscore both the scope of the colonial project in Madagascar, and the obstacles and limits that it encountered.